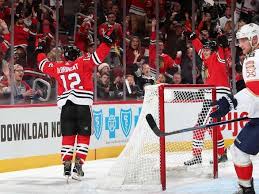 It’s that time of year in the USA.  Basketball (both NBA and College), hockey and football are all going full swing.

When it comes to the Bulls and Blackhawks, their seasons are not going as well as they would have hoped.  The Bulls have the worst record in the NBA and the Blackhawks have been flirting with that all season in the NHL.  While this is not a good thing for local sports fans, it IS a good thing for those without a rooting interest.  That’s you, tourists.  Both teams play their games in the United Center.  About two miles from downtown, it is a great place to see either sport.  Maybe the only good thing to come of having bad seasons is that the tickets are VERY affordable.  Seats that were selling for $150+ a few years ago on Stubhub, Vividseats etc. are now going for less than $50.00.  That leaves lots of money for beer and the ever improving food scene in the building.

As for the Chicago Bears, it’s a whole other story.  The doormat of the NFL for most of the recent past, new coach Matt Nagy and probably the best defense in the league now have propelled the Bears to the title of Champions of the NFC Central.  Playoff games will be starting the second week of January.  Home games will be very expensive and probably freezing.  There is no roof at Soldier Field.  Crazy, but it’s true.

So, whether it’s the comfort of the United Center, or the excitement of the frozen tundra that is Soldier Field, there are some great options for sports fans this time of year.