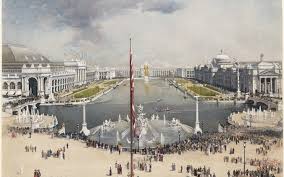 The winds are howling outside of the See it ALL Corporate headquarters today.  Gusts to 60 mph.

Lots of people are saying, what do you expect?  It’s called The Windy City for crying out loud.

True, that is one of the city’s nicknames.  City of Broad Shoulders, Hog Butcher to the World, City in a Garden are a few of the others.  As it turns out, the average windspeed of Chicago is very similar to that of other cities east of the Mississippi River.

The way the city got the moniker dates back to the late 1880’s.  The USA was going to get the next world’s fair.  It came down to Chicago and New York.  Both cities sent representatives to Washington DC to lobby congress to get the fair.  The Chicago brigade apparently was spending a lot of time bragging about and overstating the benefits of having it here as opposed to New York.  Eventually a writer of the New York Times said that the Chicagoans were over the top, beyond the pale with their pontifications.  They wrote that there was too much hot air coming out of their mouths.  So that is what the Windy City refers to.  The hot air coming out of the mouths of the Chicagoans trying to and succeeding in landing the 1893 Worlds Fair.

And now you know… the rest of the story.